The Talon is a light Combat Patrol Ship, which you will undoubtedly encounter (and fight) most in the game.

Several factions use the Talon. Pirate ships that aren't part of a mission will always be Talons, the same applies to Retros. However, don't just fire on every V you see, because the Militia flies Talons, too, and they fight on your side - unless you piss them off by shooting at them.

You must have the capability of fending off waves of attacking Talons, or else you will not last long in Ascii Sector. The best approach is to go all in on one section. Because of their weak armor, but fast speed, just punch through their shields and into their armor.

Disabling a Talon is tricky at best. The best approach is to use a low level gun, disable their shields, and shoot two Disabler Missiles into the affected section. If you damage their armor, a disabling attempt could easily turn into an explosion.

Where to Buy this Ship

Ship is not ownable by the player. 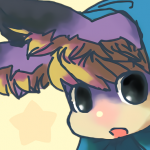