Ganim is a planet located at Nav 3 in the Jovius System. Its unique design and color scheme create a distinct desert-like look, underlined by its unusual music.

It is one of only a few planets not belonging to a category (like e.g. Mining). Instead, it focuses on textile production, selling them cheap and usually in large amounts. But, as textiles are generally a low-cost commodity, trading them is not a way to get rich quickly.

Ganim also features a school building. Maybe it is just coincidence, but it might also be a subtle reminder that excessively cheap clothes are far too often produced by child labor. 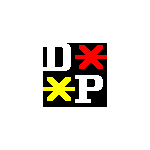